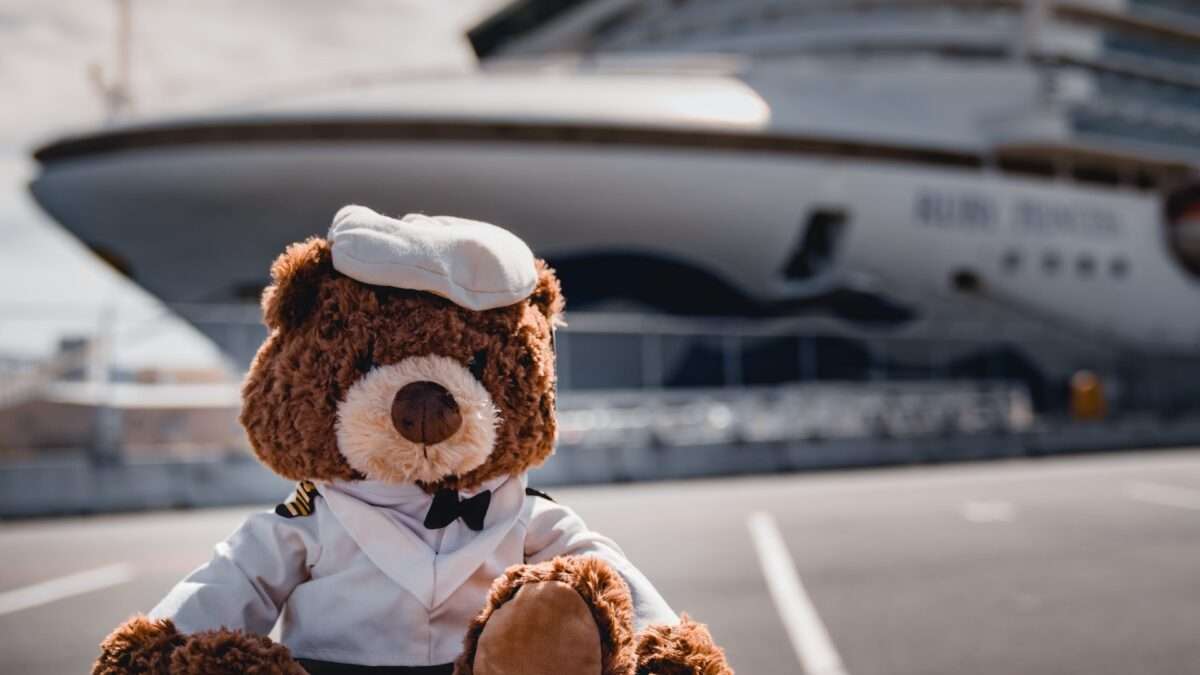 A huge bundle of post had accumulated over the summer holidays. Amanda blinked in disbelief, among educational supplements and map publications were three glossy postcards. One from St Ives. Another from Scotland, and the third from Paris showing the Eiffel Tower. Not an unusual selection for a geography teacher, except the postcards were from a teddy bear. Her teddy bear that had mysteriously vanished from her classroom just before the summer holidays – an end-of-term prank.

Eyebrows furrowed, she tugged the desk drawer open and rustled through its contents, trying to find the note left in the teddy bear’s space by the pencil pot on the afternoon of his abduction. There it was. She was right; the writing was the same as on the postcard from St Ives. The other two cards had different types of writing. One a scrawl, and the other neat and upright.

With a trace of a smile, Amanda remembered when her boyfriend Jake had given her the bear after she had secured the position of a geography teacher at Edenfield Community School at the beginning of the academic year.

“It’s a lucky mascot, Miss Clements,” he said with a cheeky smile. “I thought he’d look cute on your desk. Especially with that miniature passport dangling around his neck,” he added, poking the toy.

“He’s lovely,” she murmured, snuggling the little bear under her chin. Then holding him out, admired his sparkling black eyes while stroking the fur. “He might come in useful in some of the lessons. Especially with year sevens.”

The bear helped to bond with pupils, was a great source of conversation and she built up a working rapport with most students. Mainly, they were a friendly bunch. There were a few tricky ones, although they usually knuckled down to work, eventually. It seemed they appreciated her quirky sense of humour.

The bell shrilled for the first lesson.

Amanda couldn’t stop thinking about the teddy’s kidnappers’ identity. She wouldn’t say anything about him or the postcards and pressed the latter onto the classroom notice board with Pink Fixit. The culprits would surely give the game away.

Later, when she returned from lunch, there was a round chunky packet of shortbread wrapped in red tartan on her desk. A small note stuck to the top read, ‘From Teddy, with love from Edinburgh’. Intriguing. She popped it on the top of exercise books stacked in a plastic box ready to take home.

That evening, Jake helped scrutinize the work for marking in the hope of finding a handwriting match with the note or cards. “This is becoming an obsession,” he chuckled as they clinked wine glasses over another pile of worksheets. However, over the weeks, they assumed that the teddy’s keepers probably asked someone else to do any writing associated with him.

Harvest Festival past. It was soon half-term and when Amanda returned to work, there was another surprise when she collected mail from the pigeon hole in the staffroom. A cream envelope sealed with a teddy bear sticker slotted in with other mail. Inside was a photograph of the teddy waiting to board a cruise ship and wearing a nautical outfit. So the game goes on she chortled, now wondering if it was a member of staff having a joke.

She fixed the bear’s holiday snap alongside the postcards and shortbread note on the noticeboard. Several pupils asked her about it, she remained vague when replying but received no clues helping to resolve the teddy bear mystery.

Winter trudged by, highlighted by Guy Fawkes Night. Fireworks whizzed, and bonfires glowed. The weather grew crisp, then white, and marched towards the festive season.

One morning before school began, Amanda decorated her classroom combining Christmas and geography as the theme. Some pupils had made poinsettias out of card; the red and green foliage festooned over windows and doors looked cheerful and bright.

Printed notices dangled down on nylon threads. ‘Poinsettia – A scarlet flowered plant from Mexico’. Others twisted in the breeze, ‘Discovered by Dr Pointsett in 1828’ and ‘Mexican name – Flower of the Holy Night’. One wall was spread with a large world map where Mexico was pinpointed with a map pin.

Concentrating and hurrying to finish before lessons started, Amanda hummed ‘We Wish You a Merry Christmas’ unaware that she was being watched, but was startled by two voices whispering in the corridor. “We’ll do it later,” she managed to catch the tail end of their conversation.

Jumping down from the stepladder, she dashed to have a look, only to see the double corridor doors swing closed. On the other side, backs to her, a girl and a boy, scarpered into the playground and melted into throngs of pupils.

There was no time to ponder. Lessons began. Amanda forgot about the dubious pair. Christmas play rehearsals collided with the national curriculum. It was busy from registration time until the day’s end.

Returning from the staff room with a much-earned cup of tea, Amanda slumped down at her desk to prepare lessons when she noticed something balanced next to the pencil pot. Green metallic paper, sprinkled with red glitter glinted under the fluorescent lights. A Christmas present with a tag, ‘To Miss Clements’. She squeezed the squidgy parcel and deliberated about its contents before ripping it open to see the missing teddy bear who she pulled free. He was wearing a yellow sombrero and stripy poncho. “Your captors have had fun,” Amanda laughed and sat him among the poinsettias on top of the Mexican flag high up out of the way.

“Happy Christmas. It’s good to have you back,” she whispered, concluding that a celebratory drink that evening would be a good idea, and thought a Tequila Sunrise the perfect choice.

A Bimble in Banbury