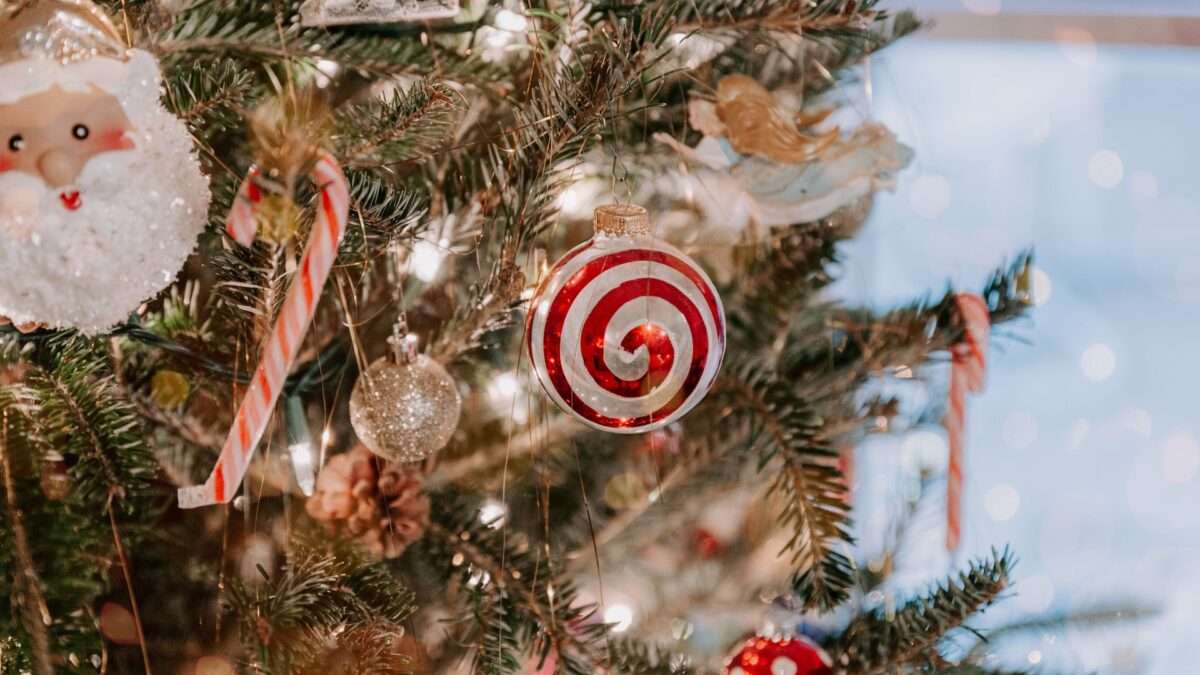 Excitement infused the air as I lugged bulging shopping bags through the frosty doorway of our cottage twenty years ago. My seven-year-old son and teenage daughter’s animated voices drifted through from the lounge before the door sprung open.

“There’s a mouse in our Christmas tree,” they both shouted, as they collided with me and the Christmas goodies piled in the hallway.

I stopped and stared in disbelief and wondered if it was one of their jokes.

“What do you mean, a mouse in our Christmas tree? It wasn’t there when we put it up last night,” I said, feeling perplexed.

“Honestly,” they said together, looking very serious, and after questioning, I began to believe them.

Although I think mice are pretty and cute, I’m not keen on them scurrying around me, so we gingerly approached our tree, trimmed with a colourful mixture of tiny trinkets and fairy lights.

“What’s that rustling noise?” I whispered as we stopped and gaped. First at the tree, and then at each other before edging closer. The foliage quivered, I gently parted the fresh fragranced pine needles to see a mouse nibbling a chocolate ornament, but not for long. It soon scampered down the tree’s trunk and scooted off somewhere. We searched and searched unsuccessfully, and eventually decided to open all the doors so he could run outside, but never saw him leave.

We celebrated Christmas and New Year. Our small rodent visitor was the cause of many captivating conversations, but he seemed to have disappeared. All that remained was a half-munched chocolate ornament and our dedication to finding him over the seasonal period before our two cats did.

Twelfth Night arrived, we took down the decorations and made a fascinating discovery. Under the tree-stand cloth, we uncovered a partly-made nest. Woven with fluff and threads, it glittered with pieces of sweet foil, and inside there was a store of crumbs.

I was quite besotted by the enchanting little creature, so over the following months, I wrote a children’s story about him, elaborating – of course, and creating mini-adventures for him under the protection of the children who resembled my youngsters.

When I finished writing ‘Clarence Noel’, I decided to illustrate each of the ten chapters using watercolours. I didn’t find it easy but was determined, and around Easter-time, my family was amused to see the first pictures of him.

The story was intended for our entertainment only, but I couldn’t resist sending it to a selection of publishers. All came back with polite but negative responses. I could see their point; Christmas stories aren’t always worth publishers’ input for such a short period, particularly from an unknown children’s author.

Autumn leaves began to fall and the next Christmas was fast approaching. I always try to send meaningful Christmas cards, so I set about printing one of the designs onto shiny cards and highlighted each with an iridescent medium. I was so pleased to hear people’s kind comments after they received them. Some asked for the story so they could read it to their children or grandchildren, so I made copies of the manuscript and images for them. Although limited, Clarence Noel had an audience and they seemed to appreciate him. Just as well, because over subsequent Christmases I sent more cards depicting Clarence in other poses.

A few years later, I bought a shop selling gifts and art where he starred in the festive season’s window. Lots of customers appreciate something unique, so I contacted a local printer and sold packs of cards featuring Clarence Noel. One man, from local pest-control, sent them to his staff, although I’m not sure the original mouse, or Clarence, would be very keen on that idea.

Later on, I posted illustrations and excerpts from the story to social media where he became quite popular too.

No doubt Clarence Noel will be mentioned over this Christmas, especially when the decorations are hauled out of the loft and the tree twinkling and bright. I certainly won’t forget him, or the mouse who inspired my story because he chose to visit our home one Christmastide – what a precious gift!