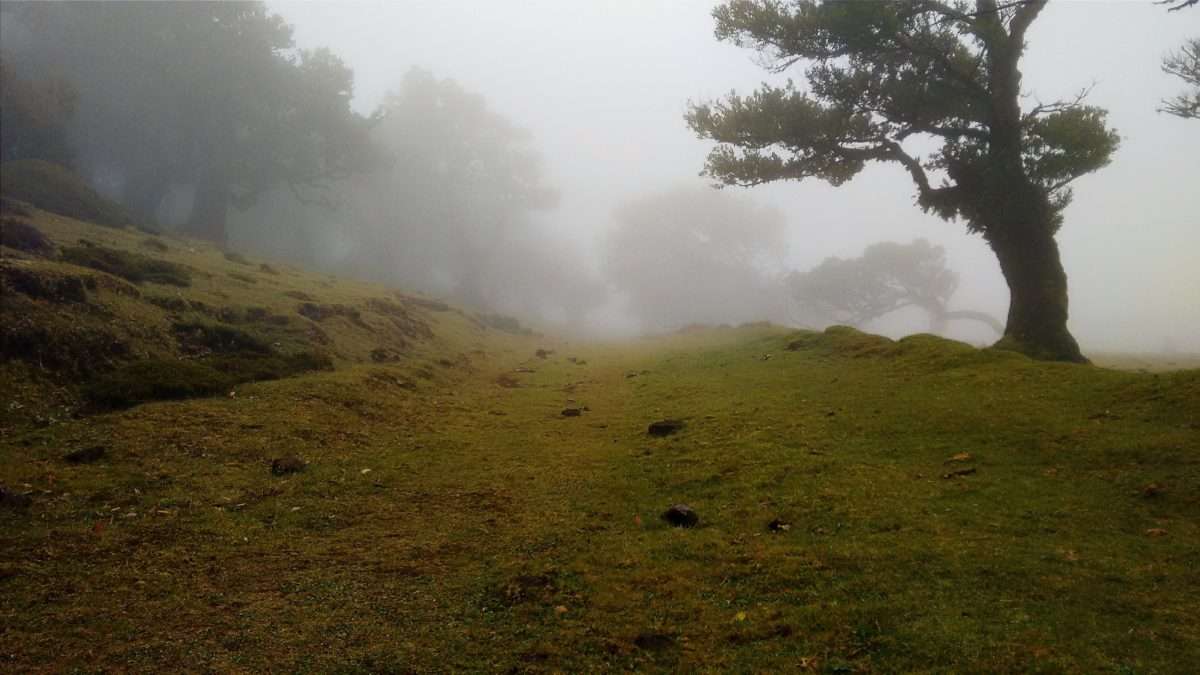 Mitchell’s foot was caught in a rocky crevice.

It was dusk; mist-shrouded the moor, and Jake wished that he and his best friend hadn’t relied on their mobile phones to navigate them. His was out of charge and Mitchell’s lay on the ground, the screen smashed.

“Here, pull on my elbow.” Jake jutted his towards Mitchell and the two tugged together until suddenly his foot jolted free.

“That hurts,” Mitchell yelped, suppressing tears as he limped over to a chunk of granite and slumped down on it.

“Did you tell anyone what we were doing today?” Jake enquired while loosening Mitchell’s trainer. Mitchell bent forward and gently pressed his ankle, his finger imprint showing in the puffy flesh. Jake noticed the joint turning blue and knew his friend was in trouble.

“Of course not. We agreed, that we’re twelve years old and shouldn’t have to. Our families would only worry if they knew we were out tombstoning.” Feeling doubtful, Jake’s voice trailed away. They had been so engrossed in jumping from a high ledge into deep water at an abandoned quarry, that they had lost sense of time, and had been unaware of the weather’s deterioration.

“Right, let’s head for home. It’s this way.” Mitchell said, and staggered, as he slung his arm around Jake’s shoulders for support. The boys trampled slowly through tufted grass and bogs, but after half an hour of a hard trudge, they stopped, a bewildered expression on each of their faces.

“I think we’re lost,” Mitchell said, holding his foot off the ground.

“Come on, we need to keep going.” Jake felt like they may have been travelling in circles, and Mitchell’s weight was hurting his shoulder, but they needed to reach safety.

“Just a minute.” Mitchell rummaged in his backpack, “I’m starving.”

Jake searched in his bag too, but they had eaten all their food.

Onwards they slogged, further and further over moorland. The darkness deepened, birds fell silent, a vixen howled and small creatures scurried in the undergrowth.

“It’s so cold, what are we going to do?” Jake pulled his fleece tightly across his chest. He tried not to be anxious, but fear was racing around inside him. Then through pewter coloured shrubs, between swathes of low cloud, he spotted a light glimmering. “Hey Mitch’. What’s that over there?”

“A lamp – I think.” Mitchell pointed through the bleakness at ruins, where its ivy-encrusted stack soared through the mist towards a silver orbed moon that illuminated a sign.

“Maybe we can shelter inside.” Mitchell grimaced; the pain evident as he bit on his lower lip.

They quietly approached the building and hesitated at the first corner they came to. “There’s nowhere else to go,” Jake speculated, as the two squinted into the gloomy atmosphere and wrinkled their noses at the damp earth and rotting vegetation smells.

“Look.” Mitchell nodded over to an arched window and doorway. Edging over, they saw a fire flickering inside. “That must be the light we saw.”

Jake poked Mitchell in the ribs and stabbed his finger in the direction of a large burly man with his back to them, rubbing his hands as he crouched over the flames. His long messy hair fell over his forehead and he wore old-fashioned trousers and a threadbare shirt, with a crumpled jacket.

The boys stood still, uncertain of what to do next. The man turned around and bellowed. Wide-mouthed, he revealed black gaps between decaying teeth. “So I ‘ave company. Thought I could ‘ear something. Come in.”

Jake and Mitchell glanced at each other and cautiously entered the cavernous chamber.

“That’s it, lads, you can trust me,” he said grinding one fist into the other. “Sit down there.”

The sack covered mound seemed so much more appealing to rest upon than wandering the moors at night-time, even though shadows in the mine’s nooks and crannies seemed to be whispering and creaking. Jake knew they shouldn’t stay, but he was nauseous with hunger and he could see by Mitchell’s stance that his pain was intensifying.

“Let me take a look at that foot.” The man seized it firmly, smoothed over the shin with his fingers, and moved the ankle slightly. After a minute, he shook his head, and then not saying a word, he stood up and strode through the doorway.

The boys’ blinked at each other and shrugged their shoulders. He returned squeezing a clod of wet leaves and swathed them around the swollen joint whilst listening to the pair’s plight. At the end of their tale, he unwrapped a roughly made pasty from a grubby cloth and ripped it in three lumps down its length with grimy hands, his fingernails ragged.

“Thanks,” they said, as he handed them a piece each; it tasted delicious. Meat with vegetables at one end and jam at the other. Then he thrust a tin mug at them. Jake sipped first, spluttered, and then spat the bitter liquid onto the earth.

“Don’t be wasting good ale,” the man cackled. “Now, what am I going to do with you two? You shouldn’t be out alone with a stranger like me.”

“Our mums and dads will be searching for us, won’t they?” Mitchell looked at Jake, who instantly nodded vigorously.

“Course they are.” He responded, trying to stop from shaking and feeling regretful that he and Mitchell had lied to their families about their day’s whereabouts. News headlines of children being found murdered or never seen again flashed through his mind.

“From Polennor, are ye? Don’t fret, I’ll take ee back,” the man loomed over them.

“But how?” Mitchell said perplexed, as he rubbed his heel.

“I didn’t see a car outside. Have you got a phone?” Jake queried, but the man looked puzzled and scratched his beard, bits of food and dirt fell to the floor.

“Don’t worry. Kit Penrose is ‘ere.” And he jabbed his thumb at his breast. “I’ll help ee young rascals. Come with me.”

“Can we trust him?” Mitchell murmured into Jake’s ear.

“What else are we going to do?” He mouthed the words, as they trailed behind Kit swinging a candle lantern in front of him. Rounding the back of the tin mine, they passed a water-filled barrel, the place where Kit soaked the leaves earlier.

The clouds shifted away from the moon for a moment and Jake noticed a railway track, its metal rails flashing in the light with a wooden truck parked at the end of it.

“Jump in,” Kit ordered. Jake had no problems clambering in at the front, but when Mitchell tottered, Kit hoisted him up, and dumped him down on a pile of rubble next to a pointed shovel and pick.

Kit hung the lantern on the truck’s side, bent down, and tightened his bootlaces, and then Jake heard his footsteps crunching as he stomped on stones between the sleepers around to the rear.

“Where’s he gone …” the end of Mitchell’s sentence hung in the air as the vehicle lurched into the black wilderness. “‘Ere goes,” Kit’s voice rang out as he gave another almighty shove and the truck propelled along the track. Jake and Mitchell huddled closer together, fine drizzle drenched their shoulders and clung to their hair and eyelashes. There was nothing else for them to do, but sit tight and hope for the best.

Jake stood up and shouted. “Is that a blue flashing light?” He lifted his hands above his brows and peered through the swirling grey veil into the distance. “Over there!”

Deep voiced, Kit rebuked. “Sit down boy. ‘Til I slow this contraption down.”

“That’s our village church. I can see its steeple. We’re heading for Polennor’s car park.” As they slowed to a halt, Mitchell tumbled excitedly over the truck’s side; his injured foot momentarily forgotten. Jake jumped out and joined his friend hobbling along the path. Kit barred their way, and then shook both of their hands.

“This last part of the journey you’ll ‘ave to go alone. I don’t like the sight of yon blue light and that strange looking carriage. And where’s the horse?” He gave their backs an urgent push. “Now, off with you. Scarper.”

They stumbled over rock-strewn terrain to the welcome sight of police cars. Halfway across, they turned around to wave farewell to Kit Penrose, but he had vanished. As the mist eddied and moonbeams lit up the land, the truck and track faded. All that remained were lines of stone sleeper blocks where the tracks, horses, and trucks had carried industrial loads centuries ago.

One Thing Leads To Another

Not To Be Missed