Heading To The Giant’s House 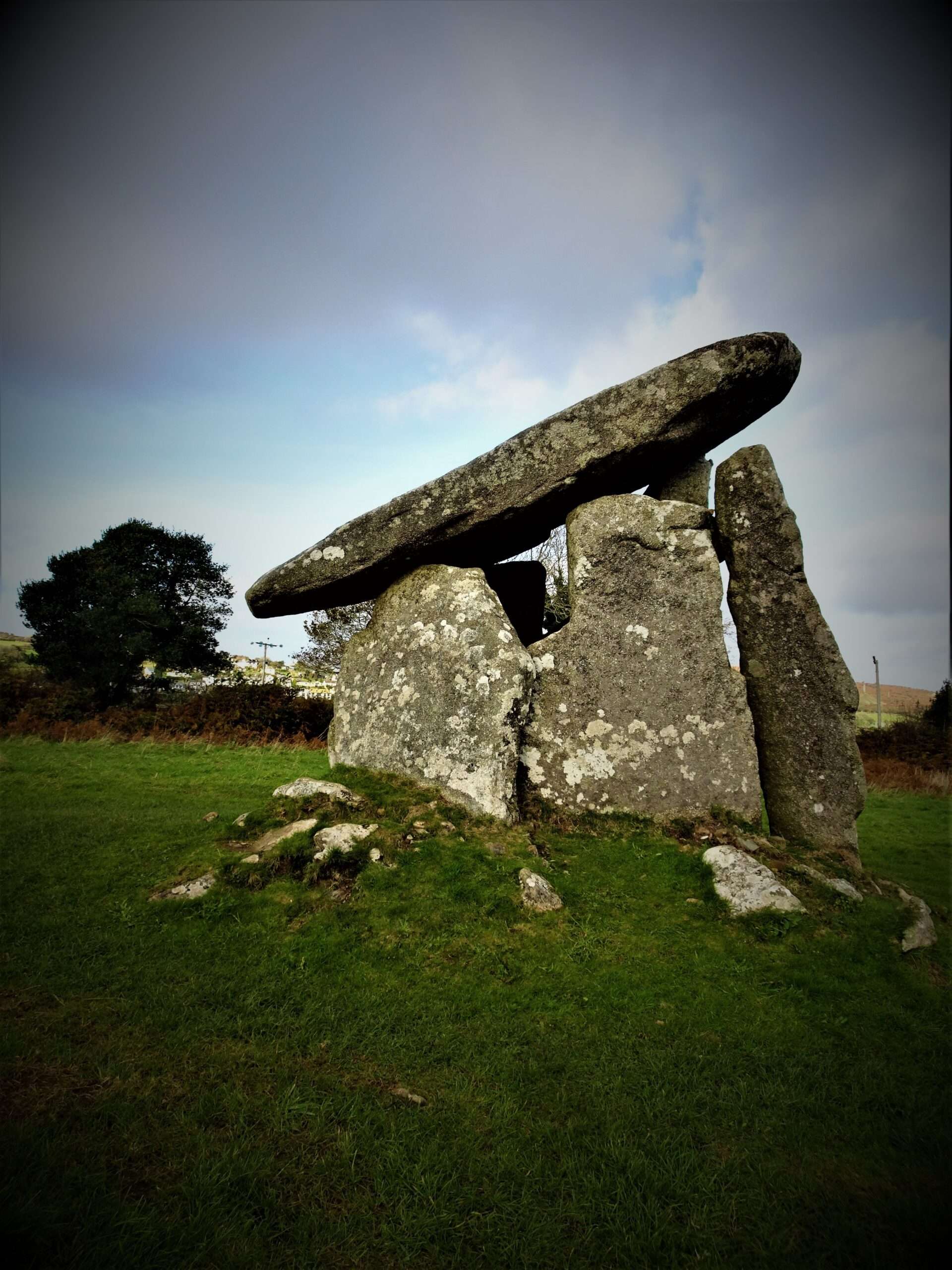 It is becoming a recurring habit. Footpaths and gateways are not where we always expect to find them. This time our four-mile walk ended up being six and when one of my knees started to twinge, I ended the day with a limp. On the plus side, we covered more countryside with amazing scenery.

Trudging across muddy fields from St Cleer through to Darite and Crow’s Nest. At the edge of Minions Moor, the sloping landscape shows the remains of engine houses standing proud, and I’m always delighted to see the Cornish mining ruins.

At the bottom of a stony pathway, rushing water swirls underneath a road. Close to its source, the River Seaton begins its eleven-mile journey winding through tranquil woodland, totally different to where it reaches the sea. I’ve been to Seaton often, the river gushes and churns, frequently carving out a new watercourse as it converges powerfully with the English Channel.

It was a couple of hours before we trooped towards the English Heritage site of Trethevy Quoit. The star of the day. Originally encased in a mound, the Neolithic Chamber dominates a meadow beside houses. Although impressed by the granite slabbed tomb, I’m not sure I would care to live in its shadow. The site is thought to have been built to store the bones of deceased farming folk, back when the terrain was wild and desolate. Local legend tells of giants tossing huge stones when throwing rings over a spike in a game of quoits. Where they landed became ‘The Giant’s House’.

Further on, I perched myself on an uneven rocky wall to wait, and Mr Word Loft went on ahead to collect the car as I couldn’t manage the last half a mile back to St Cleer. There is a holy well and cross at the other end of the East Cornish village to where we started, so we parked up to admire the Medieval monument associated with Christianity. Today, the water is below a ground-level grating, but in the past, it was believed to have formed a ducking pool with healing powers. I couldn’t help thinking about my poorly knee, but settled for recuperation and refreshments in the Market Inn where we received a hearty welcome.

Up and Down, Under and Over

Escape To The Sea

On the Quiet Side