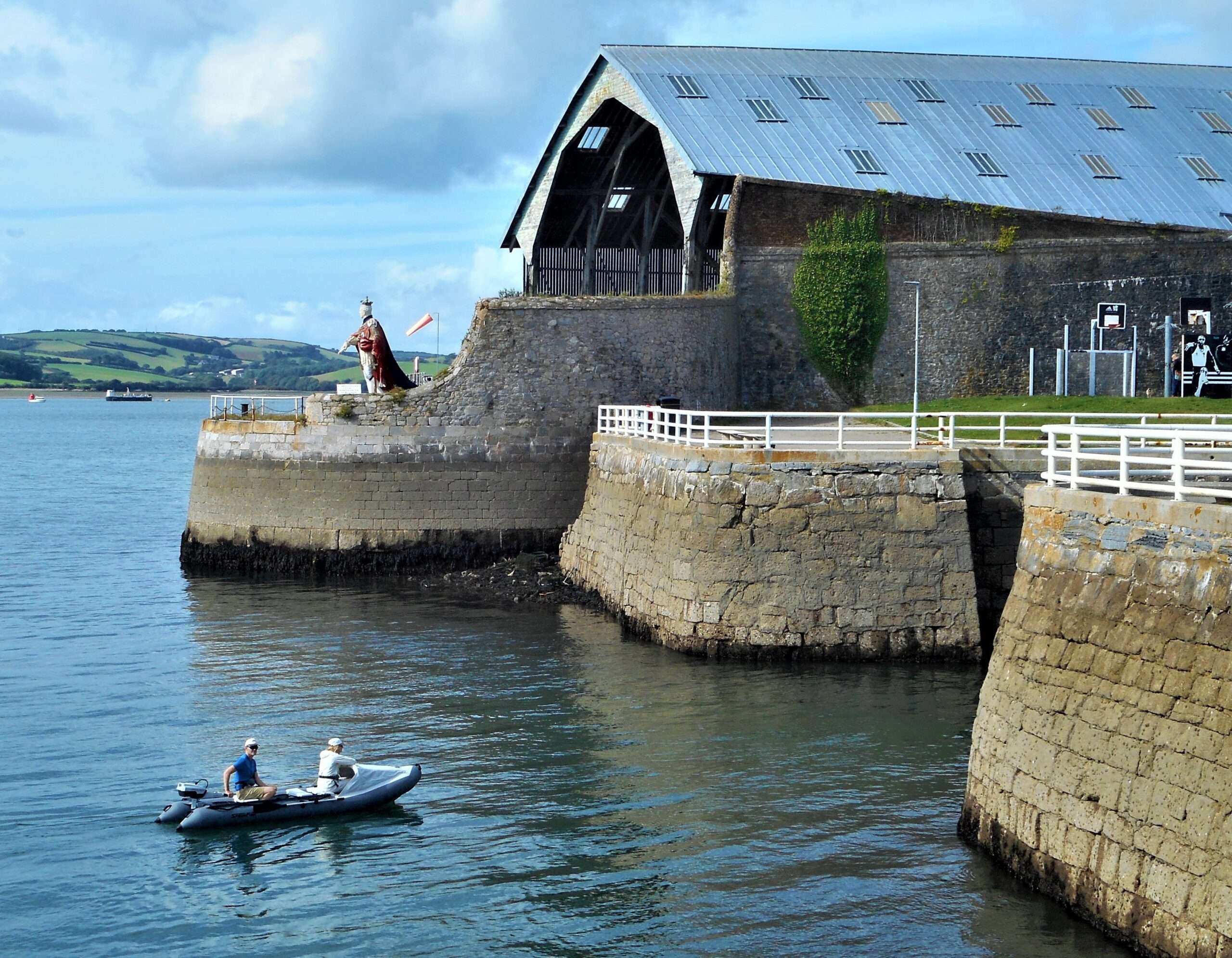 What a curious name. One that conjures up images of swashbuckling pirates and sheep, like a bizarre dream.

Despite living in the vicinity since 1989, I hadn’t heard of the locale before. So when I learnt about it recently, and that it is in Devonport, where I drive through at least twice a week, I just had to go.

Exploring the route from Mutton Cove to Stonehouse was a good plan.

The harbour and pier are at the beginning of Devonport Heritage Trail leading to Stonehouse Bridge, taking in Mount Wise along the way and identifying historical locations. Amazing it’s part of a busy city. Although in the past, Devonport and Stonehouse were separate from Plymouth and towns in their own right. It’s so scenic, and a coastline I’ve often gazed across at from the opposite bank when at Cornwall’s Mount Edgecumbe Country Park.

Before we started our walk, an archway across from the car park looked like it would make a good photograph. A sign read “Bogey Knights, Come On In, Everyone Welcome”. Well, we couldn’t resist, especially when noticing the unusual array of items on offer. A bomb case, a displaced memorial stone, clunky metal-framed ship windows, all sat higgledy-piggledy beside all sorts of household and military surplus, and masses of chandlery. We left without buying anything, but I have a quirky idea for a future garden project, but as yet, Mr Word Loft isn’t sure how it will work out.

The harbour is tiny, but picturesque, where boatsmen worked on their vessels, chatting to one another and hammering. And from the pier’s end, views reach over the water to Royal William Yard and beyond Drake’s Island, then sweep across the River Tamar to parkland and Cremyll with its ferry, linking Devon and Cornwall.

You might feel you are being watched, but it’s only a statue looming regally above a wall. The colourful replica figurehead of King Billy, modelled on William IV, commands the waves as he glares toward the Cornish landscape. The original is displayed in The Box and was removed from HMS Royal William, an 1833 naval warship. Equally sensational is the building that he fronts, Britain’s oldest remaining covered slipway, Number One.

There are two children’s play areas, one with a huge sandpit. It will be an ideal spot to bring our four-year-old grandson to ride his bike we decided as we sat on the promenade outside Café Roma. The chocolate mint ice lollies we munched from there were delicious. Just what was needed before setting off on another pathway.

Until next time.
Sue. X

A Purple Type of Day

Inspiration For A Dream

The Wonders Close To Home