Home > Blog > A Day Out in Oxford
Blog

A Day Out in Oxford 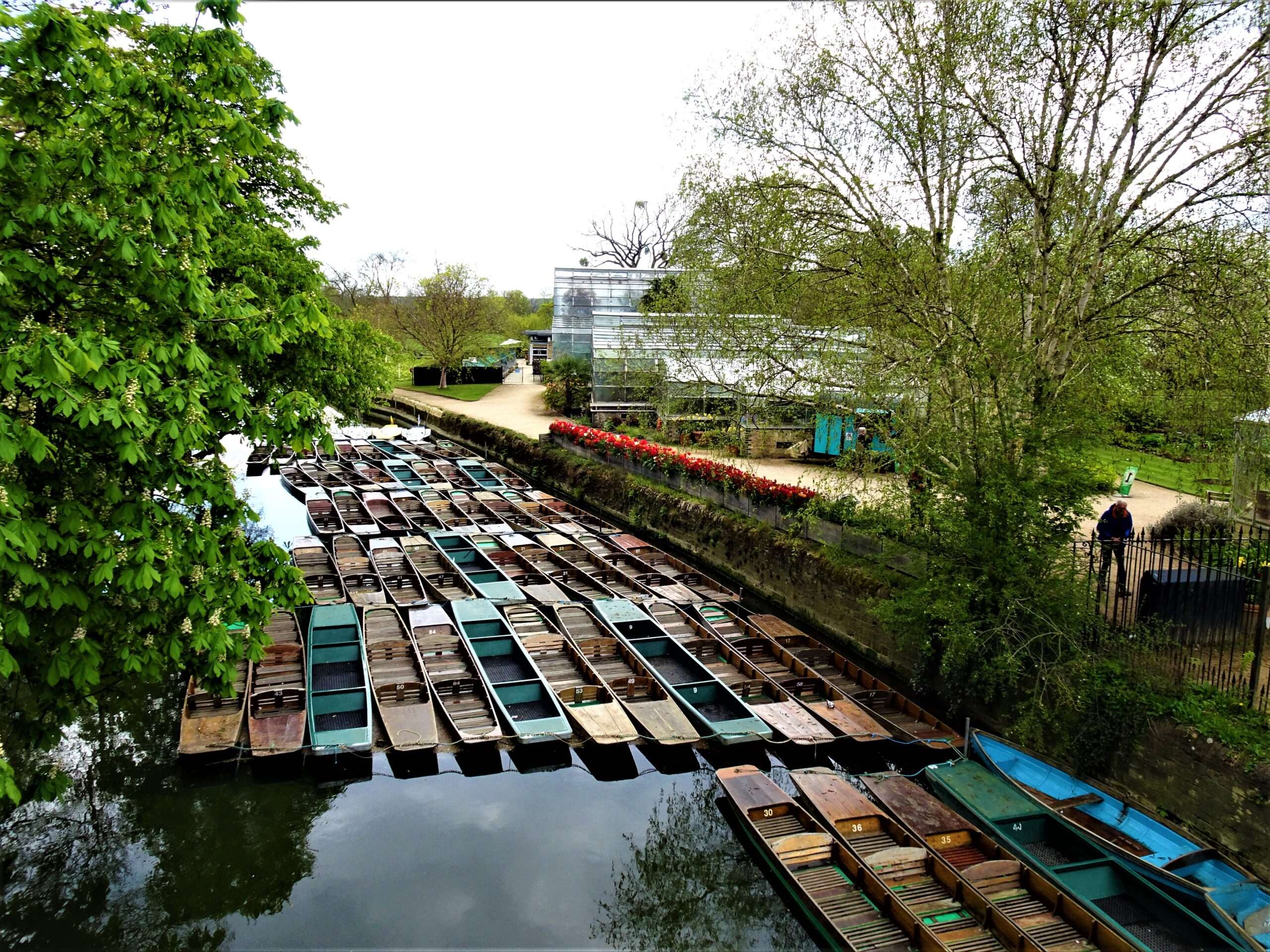 I couldn’t resist straying from my original plan of blogging about our Cotswolds holiday in April, by writing, last week, of the profusion of bluebells encountered on a more recent walk in Cornwall.

So back to our break, away. Oxford was on our list of locations to visit. Park and ride buses stop in the city centre with its Dijon-coloured buildings and we were pleased to see the places of interest are fairly close together as we scanned a map.

There was a buzz in the atmosphere and a busker strummed his guitar outside St Michael at the North Gate, an early Medieval church at the junction of Ship Street. On the corner, my attention was drawn to a delightful shop called Hats and Caps, established in a fairy tale building, like those illustrated in Hans Christian Andersen’s storybooks. In contrast, others are grand and it was disappointing not to go inside because of Covid-19 safety measures. Seeing exhibitions and learning the histories would have been a bonus.

It was a cold day and a restaurant’s courtyard looked appealing with its glowing heaters outside. The food outlet is set up by the castle entrance, so it was handy after lunch to go for a mooch around the castle grounds, the stronghold built for William the Conqueror in 1071. It later became a prison after the Royalists had used it as one during the English Civil War. These days, the correction houses form part of a hotel. It looked comfortable and hospitable, but I’m not sure I would be enthusiastic about staying in a place with a dismal past.

Moving from one area to another, I spotted crests on some gates and walls. Most prominent was a painted red ox walking over water (a ford) which is Oxford’s coat of arms.

With a chink in the clouds, a glimmer of sun lit up Carfax Tower’s brass Quarter Boys, two ornamental bell chimers underneath the clock face. The thousand-year-old clock tower is the only part remaining of St Martins Church which was demolished in the late 19th century when the road was widened.

Checking back with the map, we noticed the Oxford Canal, only a short walk away. At Park End Street, we located Hythe Street Bridge. Across the road, the canal starts its meander seventy-plus miles to Coventry. The Heritage Trail runs alongside it, the grass banks dotted with people picnicking or just enjoying the scenery and fresh air.

After our mini escape to the countryside, we returned to the city and the university, of which there were many magnificent edifices.

Broad Street’s bookshops and Weston Library were alive with zealous chatter as students lingered. The city’s folk are predominantly young, the rows of bicycles outside college buildings are testament to this. Some sport interesting decorations; one even had a floral arrangement attached to the front basket.

We admired Christ Church’s architecture and peered through to the courtyard of Magdalene College. All familiar names, including the Bridge of Sighs. It’s similar to one spanning a waterway in Venice, and although worth finding, it’s not so spectacular as it joins two parts of Hertford College over a side road.

Well, no Oxford excursion would be complete without seeing the River Cherwell and the leisure activity of punting. Magdalene Bridge is the perfect viewing spot. I held a picture in my mind of punters wearing straw boater hats while their passengers sipped champagne, but although the outlook was charming, my imagination was left to conjure up the characters. With restrictions being eased and business reinstated, hopefully, the river will be a hive of activity again. But somehow, I don’t think the punters or riders will be exactly as I visualized.

Venice of the Cotswolds

A Good Place To Start